You are here: Home / Archives for Self Help Daily / Infographics

We all approach problems and problem solving differently – a lot of which has to do with our temperament, personality, and even upbringing. I’m a STRONG believer in the psychology behind birth-order, so I’m certain that comes into play as well. I mean, if I (an only child) can own up to what’s said about my kind, anyone can own up to anything!

Plot twist: Yes, we drift toward the spoiled lane. 😛

The flowchart below will tell you, not only what kind of problem solver you are but will also give you advice on becoming an EVEN better problem solver based upon your predisposition. I am an “intuitive” problem solver – and I would have bet you anything that was exactly where I’d land!

How Good Are Your Problem-Solving Skills?, courtesy of CashNetUSA

Speaking of the Psychology of Birth Order… the following book is a fascinating read!

The Birth Order Book: Why You Are the Way You Are

I can remember the first time I heard the word “apps.” I was almost angry at my daughters for telling me about yet another new-fangled thing I had to learn about and keep up with!

Not even a week later, I had downloaded and was joyfully using even more apps than the three of them had put together!

They were wonderful then and they’re even better now. There is a wealth of information, inspiration, and motivation in the world of apps – but it goes deeper than that. The right apps can help you do everything from remembering your medications to destressing and releasing anxiety.

The following infographic (which is outstanding, by the way) can point you in the right direction when it comes to apps dealing with mental fitness and health, stress, visualization, habits, and many others.

Infographic Credit: A Place for Mom

One of the great “What a darn shame“s of life is that we are born risk-takers. (Hang out with a two-year old for a day if you have forgotten this truth!) We’re pretty much born believing that nothing is out of the question, everything is possible and that, well doggone it, we can do ANYTHING!

Unfortunately, over the years we lose this magic – and, as far as I’m concerned that’s exactly what it is. Magic.

When I was growing up, I played softball every single summer. My first year, I was positioned behind the plate as catcher because I was the youngest and the smallest.

Hated it there! The action was on the other side of the plate… and this gal wanted to be there. I got my chance one day when the coach’s daughter (our pitcher) was sick. He asked if any of us could pitch – I threw up my hand and said, “I can!”

I had never pitched in my life.

I struck the first batter out. Why? I believed I could.

When the daughter was well, we took turns pitching and when I wasn’t pitching, I played third base? Why? One day, our third baseman decided she didn’t want to play softball anymore and quit. I marched up to the coach and said I could play third.

Again, I had never done it in my life, but I took a risk, again.

I spent the rest of my softball playing life (through the preteens and teens) playing pitcher and third base and (tossing modesty aside for just a moment) I was darn good at both.

Little girl me had guts and took risks – whether it was on unicycles, ten speed bicycles, climbing trees, or playing softball. Adult me? Not so much.

Isn’t it a shame we lose some of that magic as we grow older?! Below is a fantastic infographic about risk-taking, with life lessons from stunt drivers. It’s crazy fun and has a lot of wisdom. I hope you enjoy it as much as I did. ~ Joi

In the wonderful infographic, below, 9 health-improving essential oils are listed, along with their benefits and how to use them. I find “How to Use Them” so helpful when it comes to essential oils because each one, actually, has its own “best used…” approach.

I’m familiar with (and loyally use) each of these, except for Clove Bud Oil. I’ve honestly never heard of it until today – but I love the benefits listed, so I’m going to order a bottle off of Amazon right away. Hiccups is something my hiatal hernia causes me to experience every now and again – this may be just what I need. After all, I can’t always have them scared out of me!

The essential oils listed in the infographic are…

There’s bound to be an essential oil that can help boost your health. Take some time to learn how these oils can do wonders for your body, and how you can use these effectively. 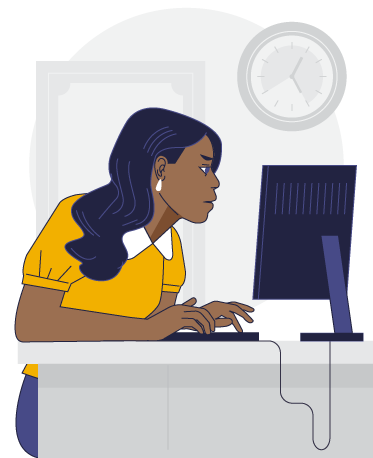 The tips below for being more productive are all great – outstanding, even. My favorite one, oddly enough is one that might seem counterproductive – tip number 1: Stop skipping breaks! This is also possibly the hardest one to remember or reconcile yourself to do.

You know what it makes me think of? The necessity of getting ENOUGH calories when you’re trying to lose weight.  When someone tells you that you aren’t losing weight because you aren’t eating enough, you tend to look at them like they’re telling a bad joke and using your backside as the punchline!

Hmmmm, maybe that’s where butt of the joke came from? No? Oh, okay.

However, it’s absolute scientific fact – you have to take in enough calories to be able to lose weight.

It’s also scientifically proven that you have to take periodic breaks to be more productive. Doing so keeps you sharp, motivated, and at your best.

I hope you enjoy the beautiful infographic below as much as I did. ~ Joi