You are here: Home / How to Be Happy / Nine Secrets Happy People Know – Part TWO
Book links are usually affiliate links. This means I earn a small percentage when you click through and buy the book. This costs you nothing extra - it simply allows me to keep my cats in the lifestyle they're accustomed to. 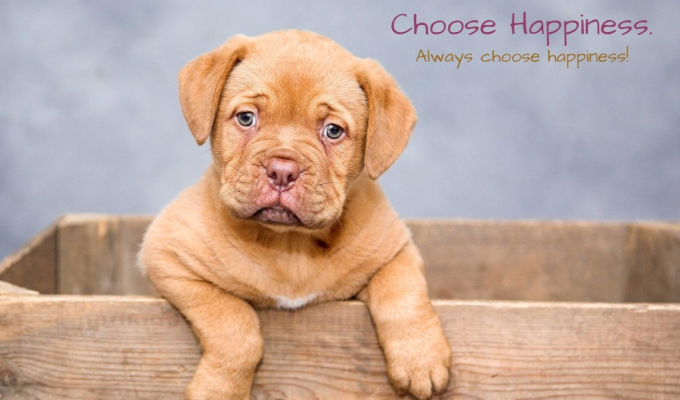 4.  Happy People Know You Can’t Let Other People’s Lives Direct Their Own.  A director pretty much dictates how a play is going to happen.  He, or she, tells people where to stand, when to walk, how to feel, etc.  The director will tell the other people involved in the play when they’re “getting it right” as well as when they’re “getting it wrong!”

They call the shots.

An actor or member of the crew expects it and doesn’t question the director’s right to pull power trips – after all, it’s what they’re there for.  It’s all part of the system.

However, this sort of thing most definitely isn’t part of the system when you aren’t on a stage or in front of a camera.  Each individual IS their own director in their own life.  No one else gets to tell us how we should feel or how we should react.

People are happiest when they are allowed to be their own person, not who someone else expects them to be.

Happy people, at some point in their life came to terms with who THEY are.  What’s more, they made up their mind to be that person no matter who was around and regardless of what others think.

The individual who thinks they have to be a chameleon and change how they act, talk, or even think, depending upon who they’re around, is not a happy person.  If they were happy and content, they’d wear themselves all the time and never take themselves off.

If you ever find yourself altering who you are as a person around certain people,  ask the following question, “Why am I afraid to be me around_____?”   If it’s a fear of ridicule, the next question could very well be,  “Why AM I around this person in the first place?!”

When I was in high school, I recall that it was a very “in” thing for girls to act ditzy and dumb.  I’d watch with my jaw on the ground as some of my friends would go from talking intelligently about class assignments (from Shakespeare to Spanish)  to blanking out when a boy joined the group.  Some boys would laugh and, I suppose, think the dumb act was cute?  Others would look almost frightened and take off in search of higher ground.  These boys? They were the ones who’d been worth chasing.  The ones who enjoyed the show… not so much.

When I first started going out with my husband, I was pretty nervous at first.  I liked him more than anyone I’d ever met and hoped with every ounce of my being that we’d hit it off.  I could tell he was really smart right off the bat.  I remember my mind running around in circles thinking, “If he’s smart, would he prefer an airhead or would he like the fact that, unlike the Scarecrow, I happen to have a brain?”  My mind was busy mulling over the ins and outs of that subject for the first 30 minutes of the first date.  Then, I noticed something kind of unique.  He kept asking questions – kind of like little “tests.”  Looking back, I don’t know… maybe he was testing the depths of the water.

Since I actually liked who I was and felt proud of any knowledge that I had, I went with being myself.  So when this kid with the prettiest blue eyes I’d ever seen brought up the subject of mental telepathy, I jumped right in.  When he fired random questions about random subjects, I fired the answers back – whether it was about the lead singer of Van Halen or what I’d do if I possessed telepathic powers, if I knew it…..I said it.

We’ve been happily married for well over 20 years now and one of the things that has kept the marriage the happiest is that I allow (and encourage) him to be him and he allows (and encourages) me to be me.  There’s a total and complete freedom and relaxation in knowing that you can just be you.

We should always accept people as they are – whether it’s yourself or someone else.

Be happy.  Be yourself.

There’s actually a flip side to this, too. Happy people ALLOW others to be who they are without trying to make them fit into a particular mold they’ve chosen.

I am, thanks be to God, a naturally happy person. I believe that, to a certain degree, I was simply born this way. My dad had happy in his dna and I inherited it from him. He loved to laugh more than anything… I love to laugh more than anything. He didn’t judge people… I don’t judge people. He looked for reasons to be happy… I look for reasons to be happy.

However, a lot of happiness has to do with a choice you make every single day. You much CHOOSE to be happy and CHOOSE not to allow anyone else to trip you up.

Here’s an example. Picture two women (both, for the most part, happy) at work one day. A co-worker does something completely illogical but our two happy women react and respond differently.

Learning to let things go before you look like a perfect fool carrying them around hitting people is a big secret to your own happiness as well as everyone in your path’s!

Previous Post: « The Benefits of Reading and a Great Quote About Reading from Dr. Seuss!
Next Post: How a Skincare Routine Could Lower Your Stress Levels »