You are here: Home / Archives for helping others 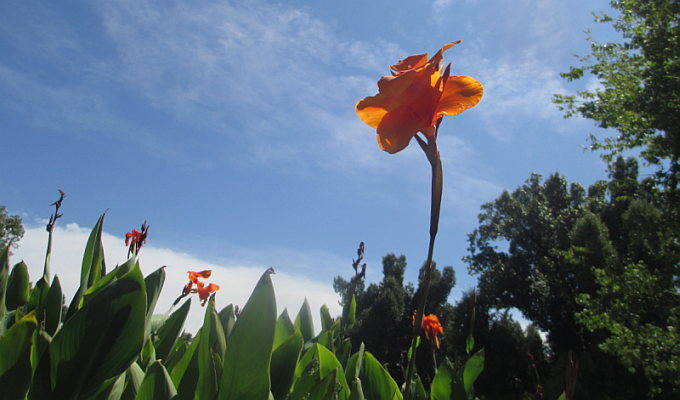 While many things are returning to normal in many parts of the world, none of us are completely back to normal. In fact, for a lot of people, normal may look, sound, smell, and certainly feel different for quite a while.

Before you let that make you frown, realize that not all change is bad. In fact, some change can be a very good, positive thing.

What if we all come out of this pandemic more willing to reach out and help others than we have ever been willing before? What if the consideration and concern for our neighbors (very near and very far) that we’ve experienced and displayed lasts… well… forever?

I for one certainly hope so!

I have a great deal of correspondence with others through my e-mail and social media. I have noticed over the past year more of us are apt to sign off with things such as…

I also notice many greetings begin with..

When I’m in stores and restaurants (still riding an emotional high that my favorite Mexican restaurant weathered this storm and is open for business!), I see people smiling at one another these days – the warm smiles aren’t just reserved for babies anymore! People seem to genuinely care for others post-pandemic than they did pre-pandemic and that’s something I very, very, VERY much sticks around.

Many people are struggling today – more, perhaps, than ever before. The pandemic introduced a lot of unpleasantness into our lives. Some unpleasantness we could SEE – lockdowns, less family visits, less income, arguments with family members who view the virus differently than we do, and a total upheaval in our daily lives. Other unpleasantnesses couldn’t be seen, but my goodness are they ever felt.

Make no mistake about it, this pandemic left its vile fingerprints on all of our lives.

It’s worth remembering that you don’t have to always be strong. You can cry when you darn well feel like crying! It’s okay to feel scared and I’m giving you permission to feel angry about the whole thing. Feel the emotions you want to feel and make no attempt to tell others how to deal with their feelings. We all cope differently and we all heal differently.

Finally, I’d love to encourage everyone to reach out and help others in any way possible. If you know someone who seems to have the weight of the world on their shoulders, either ask them what you can do to make the load lighter or (perhaps even better) step up and do something for them that helps lighten their load.

Ideas include mowing their lawn, giving them a gift card to their favorite restaurant (this way you help them and the restaurant), offering to watch their child/children while they treat themselves to a day out. Simply showing up to their house with a Starbucks drink for you and a Starbucks drink for them and sitting to talk with them for an hour may be just the tonic they (and you!) need.

Many are dealing with anxiety, stress, depression, and other emotional and mental strains right now. If you can be a blessing to someone, please don’t hesitate to do so. You may give them exactly what they needed to hang in there and keep fighting.

As a bonus, helping others makes you feel so good!

Stay strong, stay well, and stay safe. I truly care about each and every one of you. ~ Joi (“Joy”)

I love bumper stickers.  I’ve never put any on a vehicle of my own, but I gotta admit, I get a kick out of reading others.  They kind of give you an idea about the driver.  One of my favorite ones was on the back of a pick up truck being driven by a man in his 30s or 40s.  This husband of one lucky woman let the world know, “I Love My Wife.”

I thought that was pretty sweet.

As a UK Wildcats and St. Louis Cardinals fan, I always exchange knowing smiles with drivers sporting these bumper stickers.

As a mom, I always smile when the bumper sticker informs me that their child achieves high grades or is enrolled in the military or a particular college.  Again with the smiles.

Of course there are the occasional angry ones or bumper stickers that are filled with as much hate as their driver is.  I always wonder, “Why advertise your bigotry, hatred, or redneck status to the world?  Are you that stinking proud of it?”

Yesterday, on a trip to Wal-Mart I happened to notice a car in the parking lot with a bumper sticker that read, “I’m Retired… Don’t Ask Me To Do a Damn Thing.”  Oddly enough, the man that got out of the car looked like he might have been the angriest little man to ever draw breath.  With or without his bumper sticker, I doubt many would ask anything of him.

He can relax. Finally.

Ironically, as I entered the store with the bumper sticker’s “IT’S ALL ABOUT MEEEE” attitude on my mind, I noticed one of this particular store’s regular greeters – a sweetheart gray-haired man who is obviously well past retirement age.  He always has a smile and a kind word for everyone.  He doesn’t just stand and greet, he goes out of his way to make everyone comfortable and happy.  I think giving out stickers to kids is probably the highlight of his day.

He was in the lobby part of the store, a little away from his station.  He asked me how I was doing and I said something like, “Starbucks and Wal-Mart in the same afternoon? I’m doing great.”   I asked how he was and he said he was great, too…. that he’d had Starbucks for breakfast.  Then he bent over to fix one of the rugs.   My fellow Starbucks worker said that they kept puckering up and that he was afraid someone would fall.

He laughed and said, “I must have fixed these rugs ’bout a hundred times this week.”

I couldn’t help but be struck by the contrast in the two gentlemen and in their attitudes.  Mr. Don’t Ask Me to Do a Damn Thing passed right by the greeter as he struggled with his rugs. Little did he know that he was part of a scene that made a lasting impression on my mind and heart.

And he wasn’t the protagonist.

This bumper sticker is meant, of course, to be funny.  And a lot of good-natured retired men and women kid about such things.  They’ve put in years of work and now they don’t want to be called upon to do anything else. However, is that kind of mentality all that funny?

The NFL is in the midst of a little bit of a controversy right now.  Some players are peeved because they’re being asked not to make “nasty” hits – you know, going helmet to helmet.  HELLLO, guys, it’s for your protection as well as everyone else’s.

How about the skanky athletes and celebrities who are caught with their pants down.  Literally. They certainly aren’t thinking about the shame, embarrassment, or pain they’re causing their wife, children, fans, or family.   They’re only thinking about themselves.

The mentality sickens me.  Thank goodness there are still countless people who are interested in serving others and lending a helping hand wherever one is needed.  After my daughter Emily’s wedding, 9 of us (all family members) stayed behind to clean up the huge mess.  A lovely young girl who’s a friend of Emily’s and served as the photographer actually stayed to help clean.  She came up to me and didn’t ask, “Is there anything I can do?”  She didn’t say, “I can help if you need me to.”

This beautiful, graceful girl (who I told twice that she was on the wrong side of the camera!) marched up and said, “Tell me what I can do to help.”  I was so impressed, I asked if she’d mind helping me pick up rose petals.  She said she’d love to and we did it in no time.

Basically this is a long-winded post that simply has one thing on its mind:  To make people realize that we’re all in this together. We all need one another.  If you’re the sort who wants to push everyone away, scared to death they may want something from you.. I promise you this, they’ll go.  They’ll go so far you’ll forget what they even look like.

Then you’ll be all alone – you’ll also be up a creek when you need something! The It’s All About Me philosophy is a plague.  It ceased being funny a long time ago.

Go out of your way to help others, to inspire others, and to make someone else’s day brighter.  Even if it’s just a smile and a kind word, never approach life as though it’s all about you.

Because it isn’t.  It really isn’t.

The simple, yet beautiful, words above are from Genevieve Hennet De Goutel’s diary.  Genevieve was a heroic French nurse who served on several battlefields.  She died in World War I.  I’ve made a note to try to learn more about this remarkable woman.  As it  is, I have little more than the quote above.

But what a quote!

The quote needs no explaining or expounding from me.  The meaning is obvious:  When you do something helpful or kind for someone, you need not stand around waiting for a pat on the back.  You shouldn’t worry if anyone saw your good deed or heard your kind words, and you most certainly shouldn’t try to draw attention to yourself

You simply give, say, or do – and disappear.