You are here: Home / Archives for Self Help / Health

The International Society of Aesthetic Plastic Surgery reports that 25 min procedures are carried annually. It means that about 70,000 people improve their appearance every day! All of them want to receive a good result and impress everyone with a new look. However, not everyone will boast of the perfect outcome — the wrong choice of a doctor or a clinic may cost your beauty and health.

So, before entrusting your appearance and agreeing to have a cosmetic procedure, carefully check whether a clinic or a doctor you have chosen can provide highly-qualified service. The following recommendations can help you to avoid a mistake and get the best option.

Experience is a key factor you should take into account while choosing a clinic or a doctor. Always check how many years a doctor has been practicing, what education he/she has got, how many plastic surgeries have been performed. Some clinics or specialists have thousands of plastic surgeries on their account that is a reliable indicator of their professionalism. Also, pay attention to whether a clinic/doctor has additional certificates that confirm their experience and qualification. These certificates can be given by international or local plastic surgery organizations.

Before and after photos

One more criterion of picking the right place to have plastic surgery is before and after photos of patients who have had an operation. You can find a portfolio on the official website of the clinic or request them. You have to estimate the result before your operation to make sure of the perfect outcome. A clinic or a doctor that are proud of their success will provide you with a portfolio immediately. If something confuses you — it is better to look for another option, even if the offer seems very attractive.

Nowadays, you can find as much info you need concerning any issue. Plastic surgery is actively discussed on the leading forums, public in the social networks. So, you can info almost about any specialist or medical center. There, people share photos, their experience, and comment on the result of plastic surgery with pleasure. It is your lucky chance to glean the info, ask questions directly, and eventually decide what a clinic to choose.

Prices for plastic surgery may vary significantly depending on the country, where a clinic or doctor practices. For instance, clinics for tummy tuck may offer absolutely different prices — from $2,800 (abdominoplasty cost in Turkey) to $12,000 (price in the USA). So, if the cost is important for you and you want to choose an affordable option, pay attention to the clinics located in Turkey, India, Mexico, some European countries (Poland, Lithuania, etc.) The medical centers in these countries usually offer much cheaper plastic surgery without the quality loss than American, Canadian, German, Swiss, Spanish centers, for instance.

Even if you have found an experienced plastic surgeon or an affordable deal for the operation, think over how long you will travel to the country and how much the flight tickets will cost. Sometimes, you can save money on the operation, but waste more on travel charges and accommodation in another country. So, always calculate all expenses and decide whether it is worth going abroad to have plastic surgery.

Choosing a clinic/doctor for plastic surgery is an important and responsible step for achieving a desired esthetic result. Even if the medical center or a specialist is ready to conduct plastic surgery at a very low price, don’t hurry up to agree — check the experience, see the portfolio, read the patient reviews at first, and only then decide whether a clinic/doctor has enough experience to manage your plastic surgery. Do not be risky! Always be careful when your health and beauty are involved. 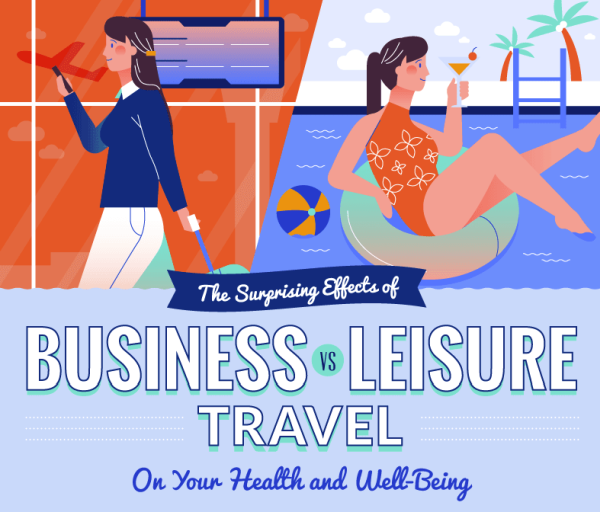 Many things in our lives – often things we don’t even think twice about – have direct effects on our health.

Things that are so routine that we simply don’t give them a second thought. For many people, travel can fall into this bullet point list. Some people travel as often as the rest of us feed our cats! (Okay, maybe not that often, but you get the gist…)

The beautiful infographic below details the effects of travel on your health as well as your mental, physical and emotional well-being. Enjoy!

Exercise, as everyone knows, is an important part of living a healthy lifestyle, but it can be tricky to get right when you are living with diabetes.

Living with diabetes doesn’t mean you should sacrifice a love of staying active and healthy. It is perfectly achievable to have diabetes and still go to the gym regularly and be proud of your progress and your body.

Exercise and activity can lower your blood sugar levels. It’s essential that you monitor yours to avoid them getting too low.

For those that are living with diabetes, they are more susceptible to cardiovascular diseases, especially those with Type 2 who generally have higher cholesterol and higher blood pressure. Aerobic exercises, also known as cardiovascular exercises, are great for improving heart health and fitness.

There are various types of aerobic exercises you can do, so you can take your pick of what you like from these and more:

Even walking is a fantastic form of aerobic exercise. Choosing to walk to and from work instead of driving can greatly improve your cardiovascular health.

Your doctor will know what is the best solution for you when it comes to exercise for your particular diabetes. Your doctor can help you to devise an exercise plan for you to stick to and that will consider your diabetes status.

It is recommended that most adults should do 30 minutes of exercise most days of the week, but your doctor may advise you to act differently depending on your current health and activity.

You should adjust your medicinal plan when you want to exercise. This means looking at when you take your insulin and what your dosage is. Your doctor will be able to advise you if and how you should make these changes, whether you should wait until after you have finished your workout or reduce your dosage of insulin before you exercise. This will depend on how vigorous your exercise routine is and your original dosage.

Exercising with diabetes is doable and is, in fact, integral to staying healthy even with the disease. It is vital that you don’t push your limits and that you consult your doctor should you make any huge changes to your routine or your insulin levels.

Author:
Freelance writer Maggie Hammond is a retired nurse and a keen advocate for alternative medicine and holistic treatments. Additionally, she feels passionate about raising critical awareness of the strain on public health organizations.

Are you eating food that’s already banned in other countries but is still allowed to poison and kill Americans? Learn these pernicious ingredients and common foods through this infographic. Use the embed code to share it on your website.

Primarily a problem attributed to a western lifestyle, around 18% to 28% of the US population suffer from occasional to regular bouts of acid reflux, according to studies. Often called indigestion or heartburn, the symptoms can range from mild discomfort to severe chest pain. In the majority of cases, you can treat irregular bouts of acid reflux by simple lifestyle changes. For those who suffer frequent or long-term discomfort, surgery may be the only option.

Cause of Acid Reflux

The medical term for regular acid reflux is gastro-esophageal reflux disease (GERD). As we eat, our food passes through a set of muscles that form a valve at the base of the esophagus (the tube running from throat to stomach). The food then enters the stomach and starts to be broken down by gastric acid. Under certain conditions, such as a weak or leaky valve, this acid can find its way into the esophagus, triggering the uncomfortable symptoms we know as heartburn. If you suffer any of these six signs of acid reflux on a regular basis, you may well have GERD.

Many people suffer the odd bout of heartburn from time to time. A range of lifestyle issues can be responsible such as spicy foodstuffs, and caffeine or alcoholic drinks (according to this study). Furthermore, stress and anxiety attacks, being overweight, heavy smoking, some over the counter medications, and pregnancy can all trigger the onset of heartburn. In addition, developing a hiatus hernia can bring on the problem.

As previously mentioned, you might just need to make a few lifestyle changes to reduce or stop bouts of acid reflux. Make a note of food and drinks that seem to trigger your heartburn, and try to avoid them. Avoid going to bed on a full stomach, by arranging to eat your evening meal two or three hours before bedtime. Try eating little and often, rather than having two or three big meals. If overweight, start a weight reduction program. There are many community-run weight reduction programs available where people work together to shift those unwanted pounds.

Raise the top of your bed by around 20cm, so your head and chest are higher than your feet, ensuring stomach acid travels down, rather than upwards. Make sure underwear or nightwear is loose fitting around the waist, and cut out, or cut down on the usual suspects of alcohol and tobacco. However, if you’ve been keeping a daily intake diary, and prescribed medicines appear to trigger your heartburn, consult your doctor for a change of medication.

For very occasional occurrences, a glass of milk or shot of peppermint may be all that’s required to solve mild heartburn. For more stubborn bouts, a good acid reflux treatment can be either bought over the counter or prescribed by a doctor.

Most treatments available in your local pharmacy or supermarket fall under the collective title of antacids and are available in tablet, capsule, sachet, or liquid forms. Antacids work by either neutralizing acid in the stomach or throat, or reducing the amount of acid the stomach produces.

Among the best known are Alka-Seltzer, a large tablet that is dissolved in water, and Gaviscon, a liquid formula that helps line the stomach and holds back acid from entering the esophagus. If you find your antacids are causing constipation or diarrhea, ask your pharmacist for an antacid medication that contains both aluminum and magnesium hydroxide, which should minimize these side effects.

If all else fails, see the doctor

If you’ve tried many antacids without success, then a visit to your local health center should be made. It will allow your doctor to carry out further tests to establish whether the problem is caused purely by acid leaking into the throat, over-production of stomach acid, or something more serious. Your doctor will likely prescribe drugs such as ranitidine, lansoprazole, or omeprazole, which reduce the amount of acid made by the stomach. Failing that, and after further investigations by a specialist, he may well suggest an operation called a laparoscopic fundoplication, which will surgically reduce the stomach’s acid production, and stop your acid reflux