You are here: Home / Archives for sense of humor 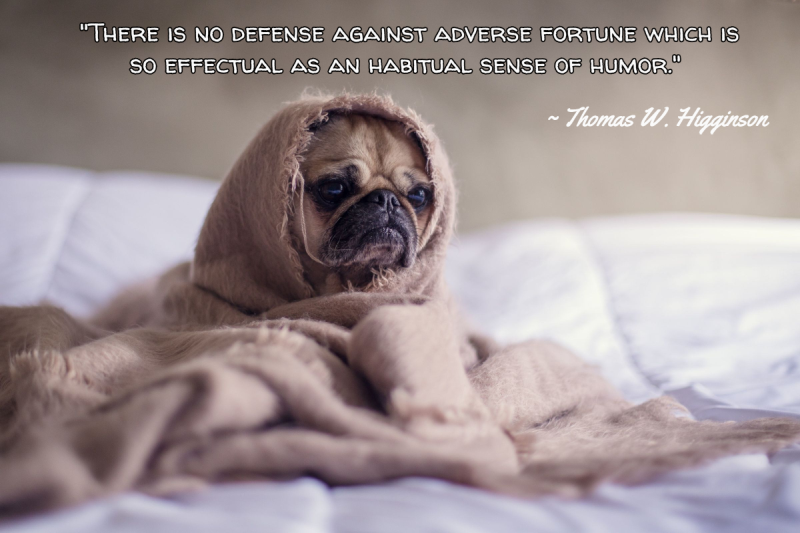 “Life is a joke. The only way to survive it is to find the right punchline.” – Becky Alunan

A while back, it struck me just how important it is to have a sense of humor.  My husband and I had looked forward (literally for months) to a particular event.  When the big day finally arrived, we were like cats in a field of catnip.  I bought a great new purple top and we drove out of town to where the “next big thing” was going down.  Okay, okay, so buying a new pink or purple top isn’t that out of the norm for me, but still…

Our first stop was to eat a nice dinner out, of course. So we took the new purple top into a restaurant that’s normally flawless. It was so far from flawless this time that I’m still in shock.  If I’m lucky….if I’m really lucky… my stomach may one day forgive me.  They may have turned me against food forever. Yep. It was that bad.

So, we laughed that off – knowing the dinner wasn’t the big deal of the evening anyway.  We were on our way to that.

We should have stayed at the restaurant.

Months of anticipation, money that could have paid for more Starbucks trips than I care to calculate, and a great purple top all for naught.  So much planning! So much anticipation!

Yet, on the way home, all we could do was laugh about it.  Somehow…. it just struck us as terribly funny.

Isn’t it strange the way things sometimes turn out?  You see a movie or show that you really hadn’t thought much about and BAM it knocks your world off its axis.  Then you look forward to something for two forevers and boing  it bounces off the radar.

During the ride home, it occurred to me just how important humor is.  I believe humor is the secret behind taking life’s lemons and making lemonade – the missing ingredient, as it were.

I had a really bad burn on my arm one time, courtesy of a grill that decided to shut on me.  It hurt 24/7 like the devil, itself, was running up and down my arm.  The only time it didn’t hurt was when I had aloe vera gel on it.  When the burn was exposed to the elements without the aloe vera gel, it was excruciating.  It felt like the tortures of the damned.

But as long as my cold, comforting salve was on it, everything was as beautiful and right as Halle Berry’s face.

A sense of humor is like a comforting salve for your psyche.  It’ll protect you from the burns of life – as long as you remember to put it on.  So always keep it nearby, you never know when you’ll need to apply it. Liberally.

Some of My Favorite Quotes about Humor:

You grow up the day you have your first real laugh at yourself. – Ethel Barrymore

Some people are so dry that you might soak them in a joke for a month and it would not get through their skins. – Henry Ward Beecher

There is no defense against adverse fortune which is so effectual as an habitual sense of humor. – Thomas W. Higginson